Not to be confused with Tesladyne LLC, the publisher of Atomic Robo. 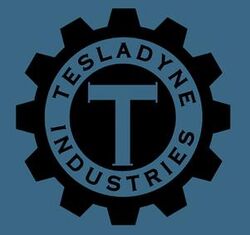 Tesladyne is a fictional organization founded by Atomic Robo on January 31, 1943 as a corporate entity to hold Nikola Tesla's patents and assets while Robo was fighting in World War II. Eventually Tesladyne became the home of Robo's elite team of Action Scientists. It is currently sanctioned by the U.N. to investigate and combat weirdness around the globe.